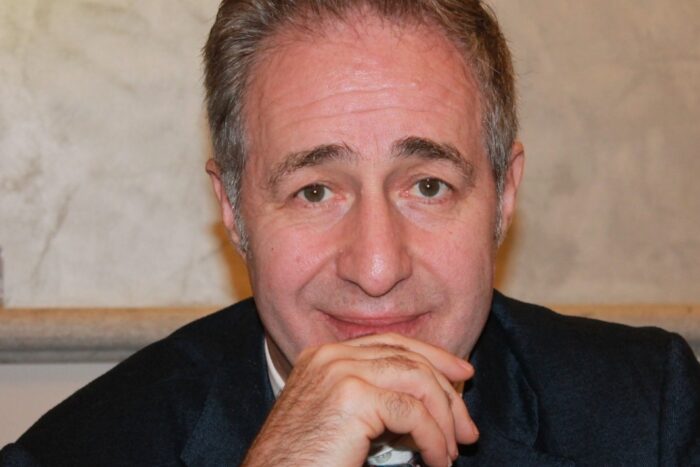 Published below are the considerations of Dr. Stefano Martinolli, a surgeon, a bio-ethicist, and one of our Observatory’s collaborators. We would recall that regarding the legal aspects of the Constitutional Court’s ruling on assisted suicide, we have published the statement released by the jurist Pro, Marco Ferraresi (read here).

On 24 September 2019 the Italian Constitutional Court ruled that assistance to suicide, contemplated in article 580 of the penal code of law which foresees a prison term from 5 to 12 years in prison, may not be subject to punishment “under certain conditions”; e.g. in the case of a “patient affected by an irreversible pathology that causes him intolerable physical or psychological sufferings, and is kept alive by life support systems, but able to make conscious decisions”.

The reactions to this sentence have been numerous and quite varied, creating the customary debate between those ‘for’ and those ‘against’. On this occasion, however, the issue of euthanasia and the end of life have been taken to a more “advanced” level. Evidently noticeable is how the Constitutional Court linked its sentence to Law 219/2017 (“DAT” – Advance Healthcare Directive), thereby confirming that even at that time the sense of that Law was strongly “pro-euthanasia”, even if “toned down” by several dispositions, such as informed consent, the self-determination of the patient, and participation in discussions regarding therapy, etc. The intention was to proceed step-by-step in order to introduce the “right to die” in Italy through legal norms that would come across as human, reasonable, supportive and really close to the persons suffering. In actual fact, the Court has opened the issue of the legalization of euthanasia.  In this case as well, we are dealing with definitions that are not always exact, and this in order to create confusion among the real terms to be used. For example, the European Association of Physicians distinguishes euthanasia, the moment when a physician administers a lethal substance to a patient upon the latter’s request, from assisted suicide, when the physician assists the patient in committing suicide, leaving responsibility for the final act up to the patient himself. According to these definitions, therefore, it would be a matter of a “technical” issue, where responsibility would be removed from the physician on a case by case basis, and his sole task would be to monitor the modalities of the act of suicide.

The Court used the terms “intolerable physical or psychological sufferings” as a reason for recourse to suicide, driving and boosting the self-determination of a patient, who could therefore decide to put an end to his life also on the basis of psychological malaise, a negative existential state of mind, or the mere absence of reasons for staying alive.  Suffice it to recall recent examples: Noa Pothoven, who died in the Netherlands because of grave depression, or Alan Nichols, who died in Canada for the same reason, both of them through recourse to assisted suicide.

The aspect I would like to dwell upon, however, is “freedom of choice”. After the Court’s sentence was brought to the attention of the general public, a member of the Italian Chamber of Deputies, Hon. Cappato, very enthusiastically and emphatically stressed that “now we are finally free”. Then again, the objection raised every time laws such as these are approved is always the same: a person must be free to choose to commit suicide or not, to use the AHD or not, to abort or not. The State must leave the option open to its citizens to avail themselves of these rights. Besides the immediate response reminding us that some laws (e.g., the compulsory use of helmets when riding a motorcycle or the use of seat belts) were approved with a limitation of the freedom of choice for the good of individuals, there is another response that refers to the “historical experience” of other countries (the Netherlands and Belgium, for example), which adopted euthanasia and assisted suicide years ago, and have been practicing both, providing us with very interesting data relative thereto. There is no real freedom of choice in a cultural setting which so laboriously projects the perception that suffering, illness and death are absolutely negative, and where the dignity of life is defined exclusively according to utilitarian criteria (“if I’m in good health, am active, am in no way disabled and relate well with others, I am worth something”). Who establishes the level of dignity (with which scale of values) below which life no longer has any sense? Each person on his or her own, delinked from objective reality and from society, where relations prevail? With premises such as these it is clear that the ‘dignity of life’ parameter could undergo constant and unforeseeable variations and mutations unable to be contemplated or measured by jurisprudence or medicine.

The partisans of these laws then argue that the ill person is conscious and has expressed consent. The experiences of the aforementioned countries, however, reveal a less than negligible percentage of misunderstandings or even lack of consent, and this to the degree of giving rise to reactions or the filing of complaints (at times formal investigations and the like) on the part of the family members of the deceased person, thereby highlighting a system of euthanasia that wants to be neither questioned or challenged. There are numerous example of this “coercive” approach. I would venture to mention Joseph Fletcher and Granville Williams, who, in the English speaking world back in the 1950’s, worked up the ethical and juridical principle  of the Right-to-Die, and also became supporters of the unrequested killing of parties afflicted by grave biological dysfunctions, especially among children, and this for eugenic and humanitarian reasons. They argued in favor of such a right against the religious mentality expressed by the Catholic Church.

Choices such as these could also conceal economic motives. How is it possible not to think about plans for an extensive reduction of health care expenditures in the face of an increasingly older and non productive population?

Medicine saw the light of day in order to care for and heal. How should it react? Will it have to repudiate its most profound essence, its primary function? In fact, this pro-euthanasia mentality considers gravely ill persons as “lost”, as not worthy of living, and not deserving further therapeutic efforts, gradually abandoning that “obstinate” quest for new treatments, even in the most desperate of cases, thereby eliminating that traditional medical thrust towards increasingly complicated and inevitably costly research.

Lastly, it behooves us to recall that ill persons are frail persons and are conditioned by the “cultural climate” surrounding them. This is akin to the “cluster” phenomenon (studied in psychiatry), which could also occur with suicides One person starts, and others follow in emulation. Now that this breach has been opened, who can tell us that the same thing won’t happen? In this climate of despondency and lack of confidence, it is obvious that patients “will be free” to choose just death, almost as if to get out of the way, eliminate a bother, feeling their presence to be awkward, convinced that this is a free choice and represents something good for them and for society, and above all that it is the only possible option.

By way of conclusion, I think such inhuman laws entail two consequences: the loss of hope and the solitude of individuals. In the first case, ill persons will feel useless, bereft of any purpose for their being alive, deprived of any prospects and future aspirations. In the second case, if the highly emphasized feature of self-determination is prompted to an extreme it may lead a person to feel increasingly all alone, deprived of the experience of relations and any real sharing of both the illness in question and death itself, the latter being considered a personal experience locked away in rigid privacy in a ‘room’ with neither doors nor windows that would ensure communication.

The Christian Fact is the only fact that gives sense and response to the following questions: who am I? Where do I come from? Where am I going? Why am I suffering? Why do I die? Only Christ was able to glorify suffering and pain, and defeat Death once for all.