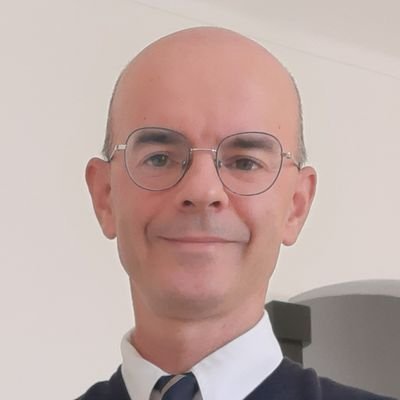 The Court had promised this a year ago (ruling n°207/2018), and has kept its promise. According to the Court, in the absence of a change (requested)in the legislation in force, present law cannot punish, always and in any case, whomsoever facilitates the suicide of others. This is a matter lawmakers should have attended to, but, in the mind of the Court, their inertia makes it necessary to impose a solution by virtue of a judicial ruling, at least until legislation regulates the issue. In any case, however, regulatory norms decided by lawmakers will have to comply with the principles set forth in the Court’s sentence.

In fact, the public notices issued by the Court on 25 and 26 September, while awaiting the publication of the ruling, assert that not punishable under certain conditions is a party who commits the crime violating article 580 of the penal code, which stipulates a five to twelve term of prison for anyone facilitating the execution of the suicide of others.

This was quite obviously an all too easy promise to keep.

First of all, it responded to the dominant culture, and in particular to the refusal of the untouchable nature of the right to life.

Secondly, it is consistent with previous rulings of the Court that disassociate life and person: for example, an embryo would not be a person yet (sentence 27/1975, which opened the way to the right to abortion), a test tube baby is the object of a right held by the party that requests artificial insemination (see, e.g. sentence 162/2017); admitted with this latest decision is the fact that the life of more or less seriously ill persons might no longer be worthy of being lived, and therefore liable to be suppressed.

Thirdly, the decision regarding assisted suicide leads the principles embodied in Law 219/2017 to their natural consequences. That Law had already sanctioned the right to euthanasia by virtue of omission and by direct action, under the form of the right to refuse, suspend or interrupt even lifesaver therapies, such has hydration, feeding, and artificial ventilation, with the corresponding obligation on the part of the physician – without exceptions – to abide by the will expressed by the patient in real time or beforehand (through the DAT).

Nonetheless, in the ruling handed down a year ago, the Court had warned that Law 219/2017 did not satisfactorily guarantee the right to die, particularly each time death occurs in the wake of the slow agony caused by the privation of vital support systems. It is unreasonable, in the mind of the Court, that law in force does not foresee the possibility of a more rapid and less painful outcome. In the final analysis, the flaw in law 219/2017 would be the impossibility to receive from the physician a lethal solution that would directly cause the patient’s demise.

While waiting to read the actual Court sentence, this should be the innovation in the ruling with respect to legislation now in force. Were this not the case, the Court’s recent ruling would provide even greater guarantees for the right to life compared with Law 219/2017. In fact, the aforementioned public notices state that collaboration in the suicide of a third party will not be liable to punishment only under conditions that current legislation does not require as regards the exercise of the right to die. These conditions are: 1) the irreversible nature of the pathology; 2) the existence of physical or psychological suffering that the patient in question deems intolerable; 3) the active operational involvement of a public facility of the National Health Service; 4) the acquisition of the opinion of the local ethical committee.

Since, as indicated above, the ruling issued by the Court a year ago had denounced the insufficient guarantee in Law 219/2017 regarding the right to die and the corresponding obligation of the attending physician to cooperate therein, it is evident that these special principles come at the end of the most recent ruling not to restrict access to euthanasia, but in order to be able to obtain something more with respect to the past. And, in no uncertain terms, this innovation cannot be other than the right to receive a lethal solution and the obligation for said solution to be administered.

As all recent commentators have flagged, there is nary a mention in the public notices of the possible right to conscientious objection on the part of medical personnel. Worthy of praise in this sense is the courage with which the president of the Italian Federation of the Orders of Physicians, Dr. Filippo Anelli, essentially reiterated how the task of a physician is to care for, and not to assassinate.

Lastly, there have been numerous statements by ecclesiastical authorities and representatives of Catholic associations openly critical of the Court’s ruling. As a member of the Union of Italian Catholic Jurists, allow me to highlight the discordant view expressed by Dr. Francesco D’Agostino, the former national president, in an interview granted to the newspaper Sole 24 Ore on 26 September. In that interview he stated that “In the current Italian constitutional situation, the response of the judges was the best one possible”. If all truthfulness, the suppression of a frail person, a person hence in need not of assistance in ending his life, but of greater support, is never a good response, and all the less the best possible one.