Freedom of religion: A secularized vision of religion in the CTI’s document 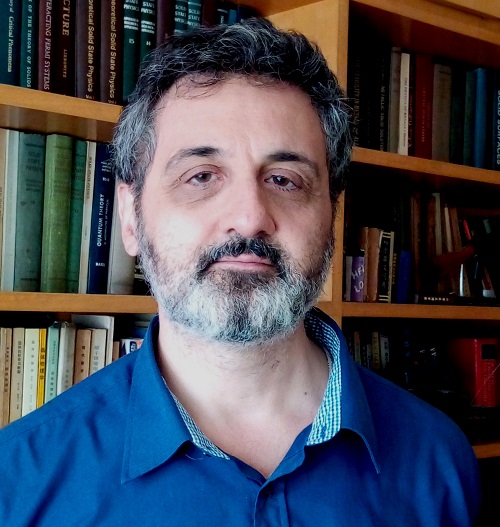 The Internaational Theological Commission recently issued a document entitled La libertà religiosa per il bene di tutti. Approccio teologico alle sfide contemporanee (ndt: Freedom of Religion for the good of all. A theological approach to contemporary challenges). Our Observatory has already addressed this document in Stefano Fontana’s article entitled Libertà religiosa: il documento della CTI non chiude il problema ( ndt. Freedom of religion: the CTI’s document does not resolve the issue) [link here]. Presented below is a second commentary on the theme by Silvio Brachetta, a member of the Observatory’s editorial board.

Active ever since 1969, the International Theological Commission (CTI) was created by Paul VI “to assist the Holy See, and primarily the Congregation for the Doctrine of the Faith,  in the examination of doctrinal issues of major importance”[1]. The most recent issue examined in a recent document[2] is the state of art of the freedom of religion in our present day and age, in the light of Dignitatis humanae[3].

Readers now encounter the same difficulties they experienced when reading Dignitatis humanae: it is practically never possible to see whether what is said is to be applied to all religions or only to the Catholic Christian religion. Evident when reading the text is the fact that the author calls upon public authorities (e.g. States) to respect the freedom of religion by virtue of a certain number of elements in common among religions, while at the same time illustrating the distinctive features of Catholicism. Nonetheless, the actual wording is used in such a way that it is not possible to really focus on what exactly are the analogies and the differences between Catholicism and other beliefs, thereby generating in the minds of readers the idea of a substantial equivalence of all religions. Moreover, readers are led to think there is something above religions – freedom, in fact – that transcends and surmounts them, as if religion (in general, but Catholicism in particular) was only the penultimate horizon of sense for man.

The Magisterium is not evolving

The CTI document is based on an erroneous theological premise: “the deeper intelligence of the faith” – expressions of which are both Dignitatis humanae and the CTI text – would imply “a new perspective and a new attitude regarding some deductions and applications of the previous Magisterium”[4]. In other words, in this case as in others, there would be a “maturation of the thinking of the Magisterium”[5]. The Magisterium of the Church, on the contrary, is not the outcome of “deductions” or a ‘thought’, as if it were a matter of constructing a philosophy ceaselessly developing towards the truth. The Magisterium is the teaching whereby the Church hands down the deposit of faith in unaltered form, no matter what may be the historical level of the intelligence of the faith reached by a given civilization.

Certainly, Christianity has developed a theology that is also based on thoughts and deductions, but the Magisterium is not theology. Moreover, the Magisterium has to do with the sole and correct interpretation of the Sacred Scriptures: said interpretation comes exclusively from the words and the works of saints (also doctors of the Church) and martyrs, not from a Council, a pontiff, or a commission dealing with one aspect of Revelation. Councils and pontiffs ratify and infallibly confirm the authority of saints and martyrs, but do not create it and, above all, do not deduce it from human ramblings. Theology itself does not bend the datum of the faith to suit the purposes of reason, but, on the contrary, bends reason to the datum of the faith, it being understood that humble reason (guided by the faith) is not bent, but becomes stronger.

These are the reasons why it is misleading to write about “homogeneous evolution of doctrine”[6], because this opens the door to misunderstanding: the word “evolution” instinctively leads people to think about a transformation, a change of the revealed truth and dogma.

Precisely in the name of evolution, the CTI document is critical regarding the previous Magisterium’s position on freedom of religion. This criticism focuses especially on Mirari Vos[7] of Gregory XVI and Quanta Cura[8] of Pius IX: these encyclicals would have expressed the Magisterium’s position on freedom of conscience not insofar as revealed truth, but marred by historical contingencies. Surprising is the commission’s assertion that these two pontiffs would have condemned freedom of conscience by virtue of “a certain ideological configuration of the State that had interpreted the modernity of the public sphere as emancipation from the religious sphere”. Historical contingencies, however, are not what condition the ordinary Magisterium of the pontiffs, but, on the contrary, these contingencies are read in the light of Revelation.

The real problem is a different one. On the basis of the doctrine regarding freedom of conscience, Mirari Vos and Quanta Cura reiterate the teaching of the Church whereby in foro interno – within each person’s conscience – a person cannot be forced to choose what to believe in, while in foro esterno – in society – no one has the right to profess error. In fact, error causes not only personal sins, but also has an impact on the selfsame order of human society. This is one of the reasons why this teaching is part of the Social Doctrine of the Church.

Quoting Gregory XVI, Pius IX, defines as “delirious” the line of thought whereby “the freedom of conscience and worship” is a “right proper to each person which must be proclaimed and established by law in each well ordered society”, such that citizens would have the “right to total freedom”[9]. Moreover, recognized as false in the Sillabo[10] annexed to Quanta Cura is the principle  that grants to one and all “any worship whatsoever”, whereby it may be possible “to manifest any opinion and any thought openly and in public”: this is an error ascribable to “religious indifferentism”.

Not only absent is any reference to the aforementioned teaching of the pontiffs in the CTI document which actually criticizes it in consideration of the fact that doctrine must be revisited in the light of present time so it may be subject to the evolution augured. Thus proposed anew are the four key arguments of Dignitatis Humanae, including that of “the integrity of the human person”, this being the “impossibility to separate man’s interior liberty from its public manifestation”[11]. While there is no doubt that such an impossibility does exist since man does what he believes, it is equally certain (according to the Magisterium) that the State is duty bound to repress works emanating from erroneous convictions. It is necessary to take into consideration the fact that free interior conviction is one thing,  and something else is the conviction’s ensuing public consequence.

This thereby leads to affirming “the principle of freedom of religion defined by now as a citizen’s civil right”[12], and not as the expression of the Magisterium. In brief, the whole matter is revisited “in a perspective open to the Universal Declaration of Human Rights”[13]. Thereby never ceasing to come to the forefront is the issue of the superstructure: upstream of religion – all the more so Catholicism – the authors of this document consider there would be a ultimate principle to be taken into consideration, a principle that surpasses the law of God and corresponds to the modern perspectives of the liberal state. It would appear, it would look like, it would seem: using the conditional case cannot be avoided because the document is ambiguous with respect to many aspects of the Magisterium. There is also a recurring reference to “common good”, but without defining it in precise terms, and without clearly relating it with truth and or with the need to embrace the true religion.

Religion in a horizontal sense

At times the CTI expresses itself in an apodeictical manner: there is a “moral duty to never act against the judgment of one’s conscience – even when this is invincibly erroneous”, and hence “each person has a right never to be forced by anyone to act against his/her own conscience, especially in religious matters”[14]. This is not exactly how things stand: the Catechism of the Catholic Church affirms that “a human being must always obey the certain judgment of his conscience”[15]. Therefore, the CTI omits saying that, yes, there is the moral duty not to act against one’s conscience, but only if the judgment is ‘certain’. Precisely because the CTI also insists on the need for the formation of an upright conscience, it is strange  that it is not equally resolute regarding the duty of the State to counter the ‘fruits’ of a choice based on the judgment of a conscience (even though certain) vincibly or invincibly erroneous.

One alone is the reference – present as well in Dignitatis Humanae – to the fact that civil authorities have the correlative duty to respect and ensure respect for the right to freedom of religion “within the just limits of the common good”[16]. That’s all it says. There is no admission of the fact that non Catholic religions and heresies in general are the historical sources of great forms of injustice and social upheaval, without political power ever having been able to stand aloof from them. Total silence regarding Christ’s social kingship; total silence regarding the fact that “the obedience of the faith”[17] of St. Paul is, yes, a free adhesion of a believer’s conscience, but is also practiced with the Christian education that parents are obliged to provide their children.

There is a reference to the “priority of the supreme Lordship of God”[18], to which obedience is due. But this is immediately countered by the well known adversative ‘but’ proper to modern theology. The CTI document goes on to say that this obedience is “nonetheless not an alternative to the establishment of a legitimate power of government of the people that corresponds to intrinsic rules […][19]. Above and beyond the rhetorical ploy, the line of reasoning is clear: the supreme Lordship of God comes first of all, nonetheless (the adversative ‘but), The State has intrinsic rules that can have priority over God’s Lordship.

According to this document, therefore, the State must take note that there is a right to freedom of religion, no matter what religion it may be. The religions – any religion – are duty bound to seek dialogue and peace, rejecting any form of violence. The focus here as well is entirely concentrated on the superstructures, the expression of an horizontal and secularized idea of religion.

[1] From the Profile of the International Theological Commission on the Holy See’s website.