What is the “Theology of the People” 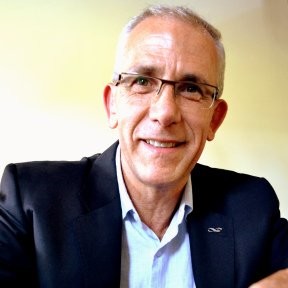 When Pope Francis expresses himself, he finds his main source of inspiration in the “Theology of the People”.  In these brief lines, therefore, it strikes me as important to depict in broad strokes what this theology is all about.

One of the mentors of “Theology of the People,” Jesuit Juan Carlos Scannone, informs us that J. L. Segundo was the person who named this theological line of thought in this way, the purpose being to distinguish it from other liberation theologies (J. C. Scannone, “La teología de la liberación. Caracterización, corrientes, etapas,” Stromata 38, 1982, 26).

The philosophical premise of “Theology of the People” is the negation of intellectual intuition. Human intelligence cannot know being and its universal laws, and, as a second act, is only able  to conceptualize what has been experienced by the men of a given people. Consequently, it will concern itself with considering the mode of being of a concrete man in relation to his forms of objectification and historical affirmation.

This presupposition allows us to establish that the starting point of Latin American philosophy is the “we are”. And the “we are” of this people in particular expresses its experiences through symbols.

The theological situ will therefore no longer be the revelation contained in Sacred Scripture and Tradition, but will consist in the symbol from which the theologian of the people draws the sense of God and of human existence.

It is believed that the symbol conveys the wisdom of a people in all its richness. Why does the vision of the Truth (theory) or the hearing of the word of God (“Speak, Lord, your servant is listening” 1 Sam 3 9:) no longer count? Because that Judean-Christian “revelation” was the symbolic expression of the life of Jews and early Christians: and therefore valid only for them.

Why “being there” instead of “being“?

The substitution of ‘being there’ for ‘being’ is not accidental. In fact, ‘being there’ allows us to better express circumstantial and transitory reality, especially the situational reality of “there“.

There is no longer room for anything that remains, but only for what is becoming, transitory, historical. Everything becomes and is transformed, nothing is fixed. Being is no longer thought in time, as classical metaphysics did, but as time.

Philosophy, deprived of the search for the truth of being, will deal with the conceptual articulation of the symbolic knowledge of the people. Popular wisdom, rooted in the poor, provides philosophy with its starting point, its content, and its purpose. Its starting point: it gives it food for thought. Its content: the symbolic knowledge that it must articulate. Its purpose: theoretical knowledge to serve the cause of the poor (See our article “Theology of the People: Theology or Ideology?” In Annals of Theology,19.2 (2017), 221-249, Concepción, Chile). Philosophy has become an ideology: a tool at the service of the emancipation of peoples.

We cannot say anything about God because he remains hidden. God is the Totally Other. Consequently, there can be nothing in common between Him and the experience of man, which arises from a historical and concrete us.

And if there can be nothing in common between the abyss proper to the hidden God and the us, how are we to formulate a thought about that Principle-Nothingness?

Direct discourse about God is impossible. When a theologian claims to refer to God, he is actually speaking about the experience each people has of that unfathomable and absolutely unknown Abyss.

Many conclusions could be drawn. I’ll only mention two of them.

1 – Theology, both natural and supernatural, has fallen into disuse. And this for two reasons: between the Principle of all that is – the Totally Other – and the people, there is nothing in common. Consequently, all words based on similarity have no foundation. Man’s speech will always be self-referential: he will be able to speak only from and according to his own experience.

2 – The Catholic Church must change the adjective that qualifies it. According to the presuppositions outlined above, it is not possible to have a universal religion insofar as based on the existence of a revealed Truth. The unity of the new religion can only be minimal: the recognition of a universal God (the different feelings of peoples agreeing on his existence) and brotherhood among all men.