After the coronavirus: the road of true freedom 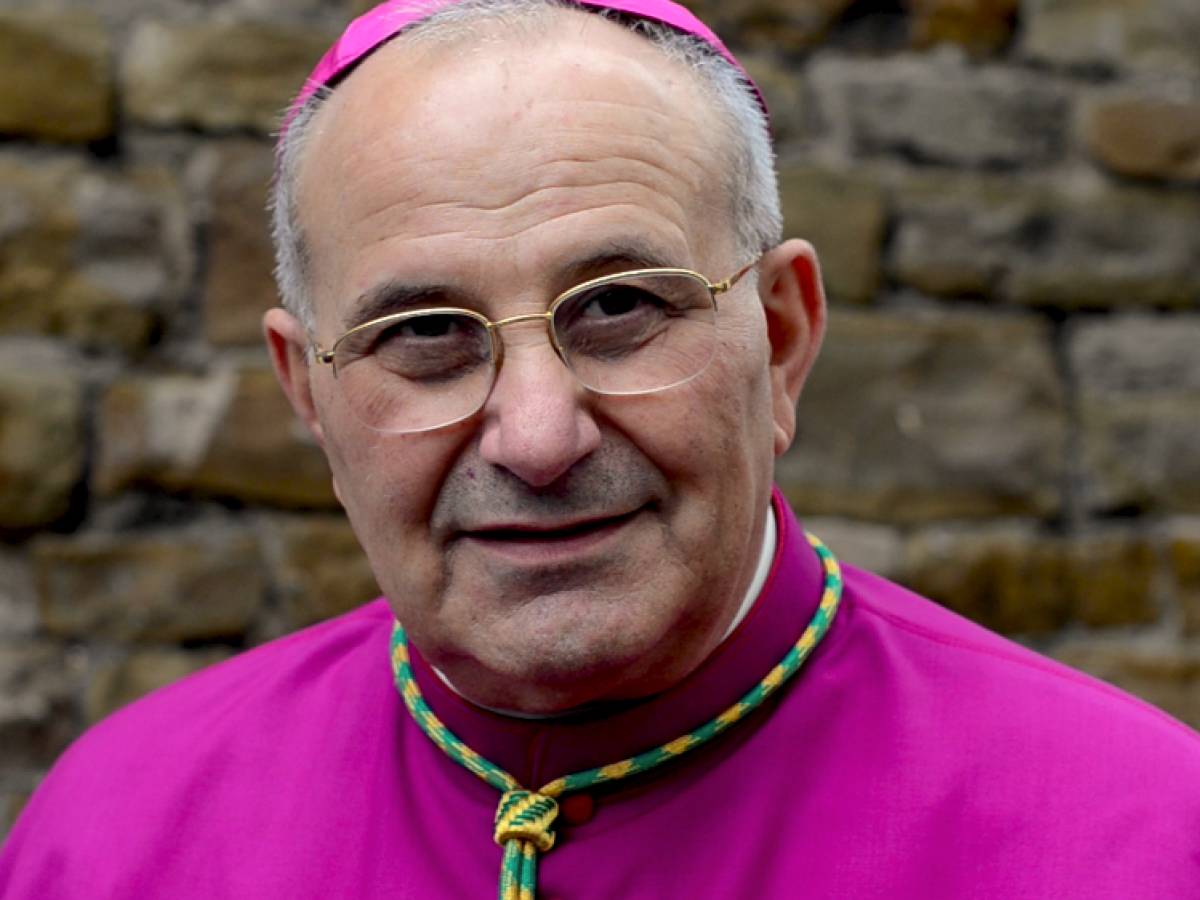 Uproot statism and streamline bureaucracy, promote subsidiarity, free schools, fiscal freedom and the freedom to be born once conceived, national loan, combat the new humanism of the supra-national globalism that conducted an experiment of limited freedom and political authoritarianism during COVID-19: the future awaiting us will have to be the phase of true freedom, an extraordinary opportunity “to re-plan our journey, to set ourselves new rules and to discover new forms of commitment. . .” (Caritas in veritate, n. 21).  Archbishop Crepaldi’s notes for rebirth according to the Social Doctrine of the Church.

A few weeks ago, right in the midst of the coronavirus emergency, I had an opportunity, as both a bishop and a resolute advocate of the Social Doctrine of the Church, to convey some personal thoughts about the new social situation created by this pandemic.  As I recalled on that occasion, this experience has to be assessed first of all from a spiritual viewpoint, as well as in the vision of a theology of human history marked by fall and redemption. In fact, in Rerum novarum Leo XIII wrote that “it is not possible to correctly understand current events and evaluate them unless the soul elevates itself to another life” (n°17). Thus does the Church come to the assistance of men and women in facing and dealing with today’s crisis: “The current crisis obliges us to re-plan our journey, to set ourselves new rules and to discover new forms of commitment. . .” (Caritas in veritate, n. 21). In light of this perspective, I would now like to develop my line of thought by more directly pondering a series of action guidelines which, together with the principles of reflection and judgment criteria, are part of the proposal of the Social Doctrine of the Church.

The future awaiting us will have to be a phase of true freedom, always recalling that “freedom attains its full development only by accepting the truth” (Centesimus annus, n. 46). During this emergency and crisis situation we have lived through some legitimate restrictions, along with less legitimate ones. Scientific data were not always used according to truth, restrictions and sanctions were not applied with common sense at times, and new forms of political authoritarianism came to the surface. Our upcoming future will have to be a future of true freedom, not in order to pretend and claim absolute freedom, but rather to resume ownership of the freedom to be lived in the various natural realities of daily life; from the family to the factory floor, from our neighborhood to our schools. Before us we have a great opportunity to surmount an artificial liberty and construct a real and natural freedom, the expression of the true essence of both man and the authentic ends of the political community.

The return of statism

In order to endow true freedom with historical concreteness, it will be necessary pay close attention to avoid anything akin to a new form of statism. Yes, the State or central government has to do its job to guarantee conditions of safety and security in economic affairs at large, as well as monitor respect for and the application of both law and order and the judiciary system. It must be recalled, however, that a new statism could perhaps distribute resources as a sort of social assistance state, while it will be difficult for such a regime to be able to foster any sort of just economic and social recovery (cf. Centesimus annus, n. 48). The State will have to take action in the area of major public works like infrastructures, but resources will have to be made available for investments, productivity gains, and the creation of real employment, not subsidized employment. This as well is part and parcel of the truth of freedom, and in this case economic freedom. From this point of view, avoided should be hypothetical measures such as forms of emergency income, the blanket extension of residence permits to immigrants without papers, and the massive hiring of civil servants in the public administration without any real reason for doing so.

Many are those calling for a renewed centralization of the health care system in the hands of the national government. As far as this matter is concerned, the Social Doctrine of the State proposes the principle of subsidiarity: “A community of a higher order should not interfere in the internal life of a community of a lower order, depriving the latter of its functions, but rather should support it in case of need and help to coordinate its activity with the activities of the rest of society.” (Centesimus annus, n. 48). I therefore believe the health care system should be revisited not according to the criterion of centralized appropriation, but in terms of subsidiarity, basing that on the principle of the responsibility of both local administrations and intermediary bodies. In fact, centralization as such can well lead to losing any sense of responsibility. What is needed is responsible and coordinated subsidiarity with the participation of private stakeholders, foundations, religious institutions with a health care vocation, and local communities.

The aspects we have considered so far are expressions of true freedom, expressions of the organic freedom ever argued by the Social Doctrine of the Church, and not individualistic freedom. Much of the same nature is freedom regarding education and schools, a form of freedom so heavily penalized during the pandemic. Once again, central government authorities continued using abstract measures handed down from on high and unable to take into consideration the social, local and stakeholder diversities to be enhanced in the country. Private schools have been projected into the throes of serious difficulty, and this new laicist statism has triggered a positive propensity for home schooling really free from the State, and which will produce its fruits in the near future. Needed in Italy is true freedom of education at all levels as a necessary condition for economic and civic recovery as such. Centralization has to be overcome, while the natural and spiritual families of civil society have to be given the space they need.

Statist centralism in our country assumes concrete form in a very rigid bureaucratic system. Noted during the pandemic has been the difference between workers in the private sector of the economy, quite concerned about their future, and workers employed by the public administration. Thus guaranteed in the public machine, there have been quite obvious errors and far less than hasty responsiveness. Nurses and physicians have given their utmost, and this despite the system’s defects and to compensate for them. The reform of the bureaucracy has been on the agenda for decades, but has never really been tackled. Needed in order to do so is a new subsidiary outlook concentrating on the common good. Reality is not made up of individual citizens, faceless public offices, and the State present as a sort of Big Brother. In today’s organic society there are persons and entities gifted with tremendous  know-how, but with no real space for playing their role in the areas of the economy, education, and production. The streamlining of bureaucracy calls for a sweeping reform of public service as such, with a clear distinction between the concepts of public and state-controlled.

The true freedom required in order engage in the battle during this recovery phase also includes fiscal freedom. Two are the things to be avoided: any form of property tax, and the ongoing existence of a rapacious and oppressive taxation system. The taxation system has to be proportionate to business concerns and families, not individuals. The Italian tax authorities must recover the criteria of morality: taxes must be used for the common good and be proportionate. As already augured so many years ago by Rerum novarum: “private property is not to be oppressed by excessive taxation” (n. 35). The payment of taxes has only been postponed during the pandemic. What is necessary is for taxes to be radically decreased in conjunction with the restructuring of the bureaucratic machine and its costs. The help families and businesses need is not a literal deluge of subsidies and grants, but a decrease of taxes, discovering anew the fiscal and social meaning of the natural right of private property.

Better would be a national loan

It has been decided by now that the recovery will take place with substantial financial assistance from Europe. This is not a grant in aid free from repayment obligations in either financial or political terms. From the viewpoint of the nation and the principle of solidarity, preferable would have been the idea of a national loan advocated by several economists. This would not have conflicted with the criterion of statist centralization mentioned above, because it would have had to do with the actual raising of the resources and not their actual use. Speaking in terms of subsidiarity, the first choice to be implemented is “do it yourself”, and Italy could have “done it itself” in light of the substantial amount of private savings. If we consider the natural order of things, the family and the nation come before the State and supra-state institutions. It will be necessary to make sure that concealed behind the funds made available for the post coronavirus phase there not be the  possible affirmation of an ideological Europeanism that would literally crush the nation, conditioning both its life and its freedom; such a scenario has to  be avoided at all costs.

New powers on the horizon

A further danger for our true freedom, and which deserves utmost attention in the near future, is the possible emergence of new supra-national powers motivated by the need to tackle and deal with emergencies. The coronavirus pandemic has been a worldwide emergency. In the wake thereof, it is possible that the future may hold new emergencies in store, such as ecological and environmental ones, used as grounds to motivate a clampdown on freedoms and inaugurate forms of centralized planning and standard controls. These are the forces pushing for a new globalism based on a “new humanism”, and we have had ample proof of their doings during the pandemic.

Freedom is either true or it isn’t free

Lastly, it will be impossible to travel the road of true freedom without the freedom to be born once conceived, to be conceived in a human manner and born under the heart of a mommy and a daddy, not to be forced to die because others so wish, making us believe we are dying of our own volition, and, lastly, to educate our children. May exit from the pandemic crisis help us realize anew that today, “the decisive factor is increasingly man himself (Centesimus annus, n. 32), not any structures we may have, and that  “when he is far away from God, man is unsettled and ill at ease” (Caritas in veritate, n. 76).