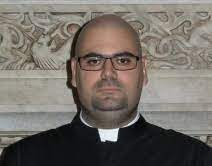 A byproduct of the felicitous experience of the Academy of the Social Doctrine of the Church promoted by the Observatory Van Thuân and the on-line newspaper Nuova Bussola Quotidiana is now available in the form of a volume published by Cantagalli and containing the written texts of the twelve lectures delivered by Archbishop Giampaolo Crepaldi in an equal number of video-lectures broadcast on the site of Nuova Bussola Quotidiana (G. Crepaldi, Lezioni di Dottrina sociale della Chiesa, Cantagalli, Siena 2018, pgs. 148, Euro 15).

This book reveals its didactic nature with its twelve chapters coinciding with the twelve lectures divided into 2 sections in keeping with the classical layout of the Academies of the Social Doctrine that the Observatory has been sponsoring in various place around Italy for years.

Entitled “The Social Doctrine of the Church, issues of foundation and method”, the first section is intended to lay the philosophical-theological and methodological foundations necessary in order to both correctly approach the teaching offered by the Church with respect to the life of man and society, and understand it in terms of content and epistemological horizon.

Present in this section as their conceptual locus are six foundational and enlightening lectures that, with all due rigor and simplicity, present the Social Doctrine of the Church as the announcement of Christ in temporal realities, an announcement that is intimately part of the life of the Church and its evangelizing mission, reveal its essential bond with Catholic dogma, and acknowledge the theological nature of theoretical-practical knowledge. The last two lectures in this section are dedicated specifically to the fundamental principles of the social doctrine (e.g. the common good, subsidiarity, etc.) and the so-called non negotiable principles (life, the family, freedom of education).

Recognized by the Magisterium of the Church as moral teaching based on Divine Revelation (and on natural law known by reason), the Social Doctrine of the Church is proposed with due authoritativeness for the evangelization of socio-political life. The theological character of the social doctrine removes it from any and all pro-praxis misrepresentation, whereby social concreteness never determines doctrine, and doctrine sets the norm for Christian action in society. Doctrine is what must guide and judge socio-economic-political praxis, and not the other way around.

When dealing with the fundamental principles, Archbishop Crepaldi does not refrain from upsetting contemporary susceptibility when reiterating, for example, the classical principle that temporal authority derives from God, or specifying that authority and power are not the same thing: “Authority is justified power, while power is de facto existent power, but not justified power. Power is justified when it serves not self, but the common good […] Authority is founded and rendered legitimate when it works for the good, but the good in its turn is only guaranteed by God” (pg. 56).

The foundational reference to natural law is of paramount importance in the lecture on the non negotiable principles recognized as expressive of the minimum requirements for a legal system striving to be ever respectful of the nature (normative) of man; they are the last defense against the dictatorship of relativism. Likewise tackled in this lecture are the themes of conscientious objection and lesser evil.

Rather eloquently entitled “Politics in the light of the Social Doctrine of the Church”, the second session begins from the foundation assured in terms of the contents and methodology of the first six lectures, and focuses attention on the art of governing the polis in a Christian manner. Thus tackled are the themes of laicity and public duties towards the true religion, the common good as the end and criterion of political endeavor, the subsidiary articulation of society and the political community, and democracy.

In dealing with these diverse themes, Archbishop Crepaldi adopts the same unifying approach of metaphysical realism that becomes objectivity in the ethical judgment according to the classical teaching of the Church’s social magisterium. Therefore, the laicity of the political order is never understood in an agnostic manner as indifference to the truth, or as a sort of waiver from public duties towards the true religion. The common good is understood as other than wellbeing and collective interest; it is grasped in its ethical dimension and in its verticalness leading to God. The principle of subsidiarity is founded on the natural order of man’s social/political nature, whereby subsidiary articulation emerges as a need of justice and natural law..

The lecture on democracy is a synthesis of the teaching of the 19th – 20th century popes up to Pious XII, and the post-Conciliar pontiffs, distinguishing democracy as a legitimate form of government compared with the revolutionary principle of sovereignty in the hands of the people, and considering democracy as a means (for good governance according to the criterion of the common good), and not as an end or a value in its own right, thereby concurring with St. John Paul II that “the value of democracy stands or falls with the values which it embodies and promotes” (Evangelium vitae, 70), well aware that “as history demonstrates, a democracy without values easily turns into open or thinly disguised totalitarianism” (Centesimus annus, 46).

The last two lectures are dedicated to policies regarding life and the family – with a courageous reiteration of the Magisterium’s teachings about sexuality, matrimony, the family, and the right to life from conception to natural death – and to economy as a dimension of morally qualified human existence (likewise considered in this last lecture are the themes of fiscal policy and the right to private property.

This is a compact and reader-friendly book with all the authoritativeness of its author, Archbishop Giampaolo Crepaldi, one of the world’s greatest experts in the area of the Social Doctrine of the Church. It was written in a teaching mode on purpose, and therefore very well suits being used as a text book for courses in social doctrine, whether institutional or otherwise. Those who wish to approach the doctrinal teaching of the Church in all simplicity and clarity will find this book by Archbishop Crepaldi to be a most useful tool; for example,  excellent for those parish priests who may wish engage in social doctrine catechesis with members of their own flock.