The “systemic” war in Ukraine. Interview with Gianfranco Battisti 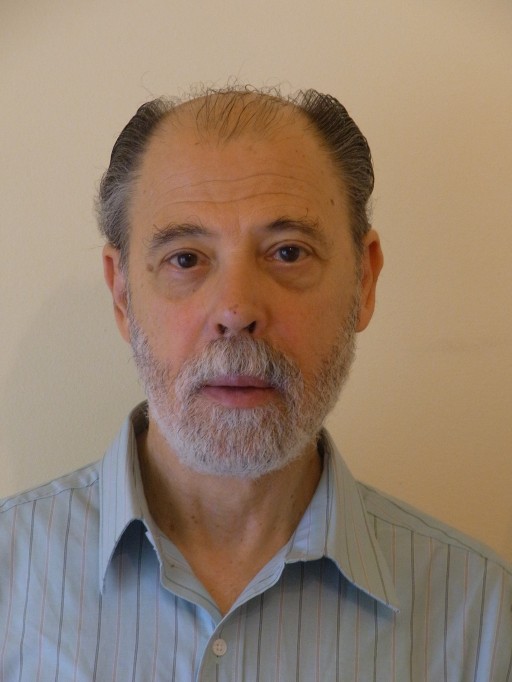 STEFANO FONTANA. The war in Ukraine is being read as if it fit under any one of many headings, including cultural and theological ones.  With you, however, professor, we would like to stick strictly to geopolitics. I see the danger of other approaches acting as a sort of smoke screen as far as this analysis is concerned, and even hinting that it is less than appropriate. The first question I would ask you from this point of view is the following: the countries that oppose Russia [I do not call them Western because Russia is also part of the West by history and culture as we pointed out in one of our Notes [see]] seem to consider it ignoble to even take into consideration the geopolitical reasons Russia may claim.  Now, the question: how can peace negotiations be started if the reasons – whatever they may be – of the country one intends to deal with are not examined?

GIANFRANCO BATTISTI [1]. Granted that geopolitics is neither a branch of ethics nor an exercise in journalism, but rather a detailed and stark analysis of reality, I would say that the question I was asked implicitly contains the answer.

Throughout the West, the authorities – and the media 95 percent of the time – take it as a given fact that Russia is in the wrong, no matter what. Which cannot be true, since good and evil cannot be divided by a political boundary. It therefore follows that, beyond lip service, there is no intention to negotiate. It must also be said that this is a conflict that literally floors almost all governments, making them unable to react in a rational way. As a matter of fact, the clash is not so much between Russia and Ukraine: we are facing the final phase of the East-West confrontation that, we were led to believe, had  ended in 1990.

The only difference with respect to the past is that today Russia appears all on its own countering the entire Western coalition, with all the risks entailed in putting a nuclear power in a crisis situation. It is quite clearly a USA-Russian tug-of-war. As far as other countries are concerned, Ukraine “offers itself” as a battlefield, and the remaining NATO members show they are nothing more than a cohort of satellite states with a sort of less than resolute involvement. They pretend to  project a semblance of political initiative (both at the internal and the continental levels), but in reality end up by acting like masochists.

STEFANO FONTANA. Every war that is not only local – and this one in Ukraine cannot be considered only local – produces great changes in societies, culture, and the global order of economic and political systems. Let’s think about what was generated in this sense, by the two World Wars. In your opinion, will this war also produce effects of great import? Will it be an occasion for a Great Reset that is really already underway?

GIANFRANCO BATTISTI. This is undoubtedly a systemic war: it will mark the passage from the world as we have known it to a very different and most likely worse one.  The forces that have consciously pushed Russia into an adventure that is turning out to be a trap are the same ones plotting to impose the Great Reset, at least on the entire OECD area (but at stake behind all this is a redefinition of worldwide supremacy). A project that represents the last resort to guarantee minimal survival to the USA, a military superpower without an economy behind it anymore, and, it would seem, not even a society that can be defined as civil.

On a local level, following the rationale of other times, for Ukraine it could be the “foundational war” of a finally independent state community. But the times, unfortunately, are no longer such as to permit this. The mechanism set in motion cannot – will not – stop. What evokes feelings of genuine concern In this whole affair is the Ukrainian people, who  have been promised a bright future in bad faith, while they will find themselves inheriting an vast expanse of rubble and ruins; that is why their future holds in store emigration for them, just like the Syrians.

From a military point of view, this is a preventive war, which basically has two objectives: 1) to definitively prevent the establishment of normal relations between the EU countries and the Russian Federation, thus freezing the Anglo-American rationale codified in 1904 by Sir Halford Mackinder, the “father” of British geopolitics;

2) deliver a mortal blow to Russia, weakening it in the perspective of decisive confrontation with China. The interest is entirely that of the two Atlantic powers (and here we understand the real reasons for the otherwise incomprehensible exit of Great Britain from Europe), because a EU deprived of raw materials and the Russian market will be transformed ineluctably into an immense colony, totally subject to the “care” of the Atlantic multinationals. Those who think this could be the occasion for the birth of a “true” European State would do well not to exaggerate with alcoholic beverages.

In any case, the seismic movement that has been triggered is not destined to settle down for many years to come.

STEFANO FONTANA. Italy has taken a rather “reckless” attitude towards the war in Ukraine. Italian Prime Minister Mario Draghi’s speech to Parliament on March 1, 2022 was rather “belligerent,” in stark contrast to Italy’s traditional foreign policy. Does this mean that at the moment there is no Italian foreign policy and Italy is adopting positions decided by others?

GIANFRANCO BATTISTI. Like Monti, Draghi is not a ‘prime minister’ elected by the Italians; he is first and foremost a banker by profession, and therefore tied to international financial interests. He is an man of the system, an able manager, but whose freedom of action is severely limited by the directives that come to him from above and which he then drops like boulders on a parliament in total disarray. To think he could frame an “Italian” foreign policy, even if he wanted to, would be to sin in naivety. What is worse is that at the moment no Italian politician seems to possess the indispensable qualities to lead the country. The only hope would be that, in the best Italian tradition, Draghi’s words are just words. It seems to me, however, that words will have to be followed by deeds, especially since raising military spending to 2% of GDP is a mantra with which the USA has been hammering Europeans for years.

STEFANO FONTANA. As a “European” answer to the Russian invasion of Ukraine, there is a lot of talk about financing an increase in the military expenses of the European Union countries in order to create an autonomous military force. How do you assess this disturbing prospect?

GIANFRANCO BATTISTI. In the midst of an economic crisis that is expected to be frightening in terms of severity, spatial and temporal extension, the very idea of increasing military spending has very negative connotations. It is certain that when things go wrong, the political classes responsible for the economic and social collapse of their respective countries leap enthusiastically into the arms race. They are under the illusion they are doing something to improve the economy, while they are really looking forward to the bribes that will be coming their way. In reality, this is a road that leads straight to hell, since weapons, once in their hands, inevitably end up being used. A state of war also appeals to politicians struggling with the onset of their own failure so they can silence any form of protest. In any case, buying weapons when budgets are in deep red means to prevent any serious talk about recovery.

Finally, why should we arm ourselves? The Ukrainian tragedy is proving ad abundantiam that Russia is not at all a danger for Europe. Not only because its main interest is to continue to sell us its raw materials, as it continues to do in spite of everything, but simply because it does not have a military apparatus capable of worrying us. Therefore, it does not even think about attacking us. We are in the presence of a colossal mystification, which we inherit from the “cold war” and which today includes the “ruling class” of Kiev among the architects. Rather, has anyone ever noticed that the EU, day after day, is nibbling away at Russia? And not always peacefully?

In the transatlantic rationale, the short term objective is to make money selling us obsolete weapons, while the long term objective is to make sure the III world war is fought in Europe and Asia, instead of the USA. Let’s talk about nuclear war, because that’s what the F35 we are all so interested in are for. The fact that no one is able to communicate these elementary truths says a lot about the leaden cloak that has descended on our media, complicit in a pandemic…announced in advance…

STEFANO FONTANA. What do you think of the project to make the European Union coincide with Europe?

GIANFRANCO BATTISTI. It is a short-sighted vision issuing forth from the minds of politicians that generally don’t belong to the category of great thinkers. It is also false from a geographical, historical, and cultural viewpoint. If we then look at Russia, at least the so-called European part (which is by no means something small) , we must note with no little concern that despite everything, it today represents what remains of the idea of Europe that we have cultivated so far with so many hopes. It is in this immense country that Europe still constitutes a myth, while what prevails in our countries  is a cupio dissolvi that we have imported from America without really knowing how spontaneously.

What comes back to the fore here is an admonition all too soon forgotten: “Europe will be Christian or it will not be”. Weapons will destroy us and certainly not unite us. From this point of view, obstinacy in building a wall of hatred which helps divide Christians in the East from those in the West, is a crime that cries out to God for vengeance. And on this point Christians in Europe, unfortunately, do not always have a clear conscience. Emblematic to say the least is the Ukraine reaction to the message of peace launched during the Via Crucis  on Good Friday in Rome.

[1] GIANFRANCO BATTISTI: Former associate professor of Political and Economic Geography, and professor of Geography at the University of Trieste. Author of more than 250 scientific works, and for 12 years managing director of the review Ambiente Società Territorio-Geografia nelle Scuole. Director of the PhD programme in Geostoria e Geoeconomia delle regioni di confine (1995-2007). Coordinator of the AGEI Working Group on the geography of energy until 2015, he now dedicates his energy to globalization issues and to the Geography of Sacrality.